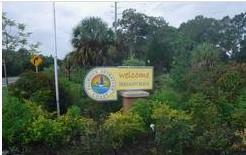 A history lesson on the Dolphin Sculpture from Richard Maass, The late Ken Edwards was a great artist who Richard worked with during Ken's design of the Dolphin Sculpture created especially for Hernando Beach. The dolphins were actually named Larry, Curly, and Moe. This piece of history is worth sharing to preserve the  history of Hernando Beach. In Richard's words: Just to let you know their names are Moe, Larry, and Curley. I put many hours in on this sculpture with the Artist Ken Edwards, who was my mentor for years. Ken died suddenly right after delivering them at his studio in Weeki Wachee. His son Mark and I finished the birds and mangroves, and many other area metal sculptors came to help with the installation. Larry Whidden, Bill Briggs, Ron Lemoine, Kevin Jenkins, and myself were all influenced by Ken and we all loved and respected him. We called the piece among ourselves as "The Healing". The sculpture was recently defaced when they took it upon themselves to plumb the fountain to push water out of the dolphin's blowholes. Ken would have lost his mind over that. There was a plaque on the piece that had a phone number of Ken Edward's son Mark to contact for maintenance, however that plaque was removed or stolen.   Within the artists community here in Hernando county, there are enough of us to do any repair or maintenance on this, and it should be treated as art. Ken Also did the Eagle in front of Glen Lakes, and the sphere in front of Pinebrook Hospital. among many of his works on display in public places throughout America. He was also the artist behind The Farm Aide sculpture tribute to the American Farmer....This is truly a treasure to the community. Ken died before the work was completed and there is some controversy as to whether or not he was ever paid because the contract was with Ken Edwards. The piece was finished out of love for our dear friend. Ken was a great man, and an award winning artist. He received his Masters in Fine Art from the University of Florida and had quite a resume. His studio is on 20 acres north of weeki wachee and has pretty much been left alone as it was when he passed away. Maybe in death he could get the recognition he has earned in the art world....His son Mark and daughter Jessie still live in Pasco County and have many of his wonderful works and paintings....Not many knew the story. Ken wanted the community to have this. He was so proud to see art in a place that he moved to after being an artist in residence for the City of Tarpon Springs. He said this was a cultural wasteland when he got here, and now it is chock full of treasures....Like I said, he delivered the dolphins, came back to the studio and called his daughter to tell her he loved her, and grabbed his chest. Just like that, he was gone. I met the ambulance at Oak hill and the medics were doing CPR, but I knew he was gone. The doc looked at me asked what he should do. I let him know that this guy was one bad *** member of the 101st Airborne Army Rangers and if he wanted to go, it was up to him. He chose to go with his dignity intact....... no one working on the sculpture had anything to do with the tile on the sign and the sign originally had plans to be painted to accent the dolphins. We wanted to do a sunset mural with copper letters "Hernando Beach - Nature Coast" , but they opted for ceramic tile.

Thank you Richard Maass for sharing this with our community and our county. 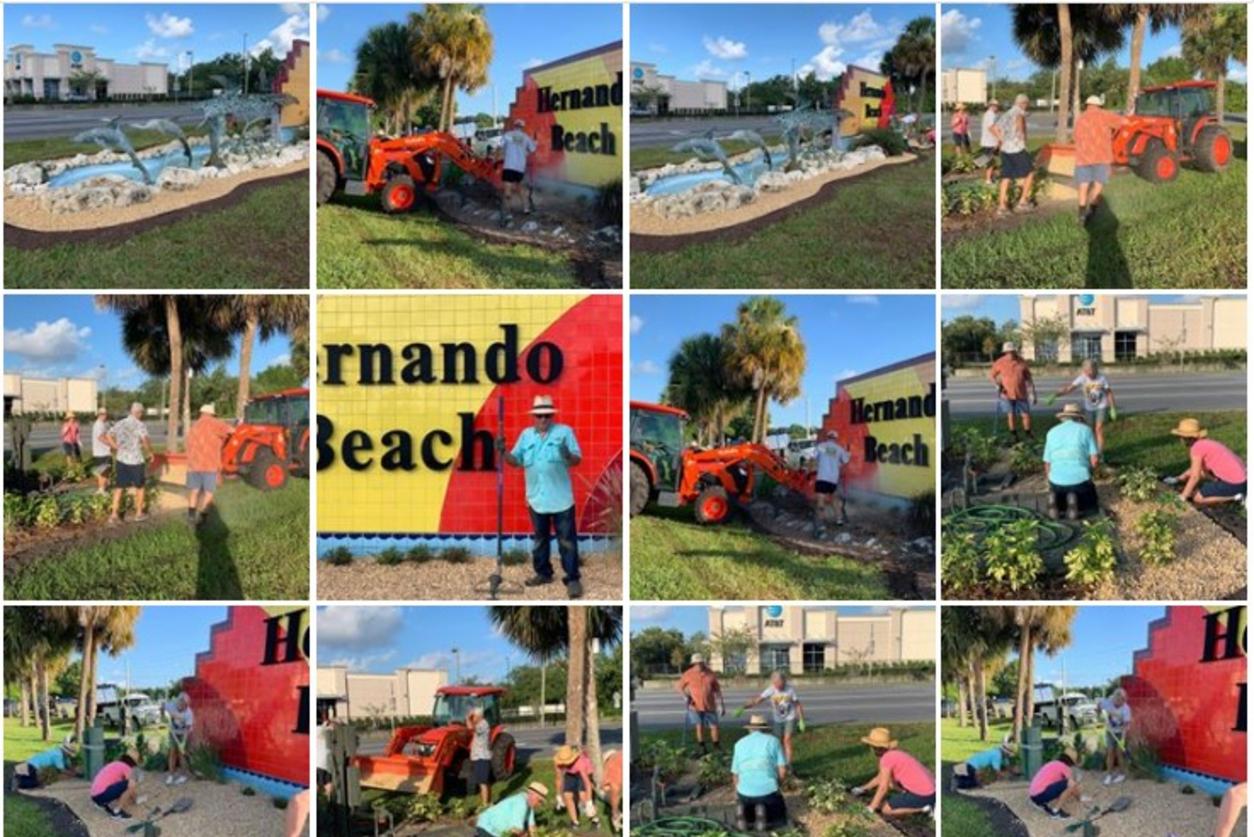